Just some random Tardis Info because why not.

Ricky, if I was to tell you what I was doing to the controls of my frankly magnificent timeship, would you even begin to understand? When I say run, run. …RUN! You know how it is; you put things off for a day and next thing you know, it’s a hundred years later. Bow ties are cool. It’s all right for you, Peri. You’ve only got one life. You’ll age here in the TARDIS and then die. But me, I shall go on regenerating until all my lives are spent. Brave heart, Clara. If I grow to be half the man that you are, Clara Oswald, then I shall be happy indeed.

You realise one of us is lying about our basic programming. And I think we both know which one that is. You see when I started, all those years ago, I was just running. I called myself the Doctor but it was just a name. Then I went to Skaro. And I met you lot. And I understood who I was. How can you miss me? I’m easy to find. I’m the guy with two hearts, remember? Are you capable of speaking without flapping your hands about? Goodbye… Fancypants! I think I might have miscalculated. Frightened people. Give me a Dalek any day.

Come on, Team Not Dead. Yes, that’s right, you’re going. You’ve been gone for ages. You’re already gone. You’re still here. You’ve just arrived. I haven’t even met you yet. It all depends on who you are and how you look at it. Strange business, time. Don’t you think she looks tired? What? What?! WHAT?! Boring. And I hate hotels. So these are my replacements. A dandy and a clown. Yes, well, the definition of the word ‘humanity’ is always a rather complex question, isn’t it? Oh, yes. Harmless is just the word: that’s why I like it! Doesn’t kill, doesn’t wound, doesn’t maim. But I’ll tell you what it does do: it is very good at opening doors!

Well, of course I’m being childish! 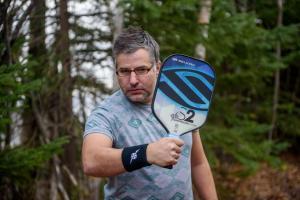 There’s no point being grown-up if you can’t be childish sometimes. Shush. Now would you stand aside before I shoot myself? If you could touch the alien sand and hear the cries of strange birds, and watch them wheel in another sky, would that satisfy you? No. You’re too short and bossy, and your nose is all funny. Goodbye, Clara. You may be a doctor. But I’m the Doctor. The definite article, you might say. It’s rather a pity, in a way…now the universe is down to 699 wonders.

Alright? Of course I’m alright, my child. You know, I am so constantly outwitting the opposition, I tend to forget the delights and satisfaction of the gentle art of fisticuffs. What do you think of the new look? I was hoping for ‘minimalism’, but I think I came up with ‘magician’. You’re standing on my scarf. I’ve lived for over 2000 years and not all of them have been good. I hate computers and refuse to be bullied by them. Are these antiques dotted about all over the building? It really is a splendid piece of audioarchitectonicalmetrasynchosity!

Jamie, remind me to give you a lesson in tying knots, sometime. Usually called ‘The Doctor.’ Or ‘The Caretaker.’ Or ‘Get off this planet.’ Though, strictly speaking, that probably isn’t a name. People who talk about infallibility are usually on very shaky ground. I think I might have miscalculated. Rest is for the weary, sleep is for the dead. I feel like a hungry man eager for the feast! Rose… before I go, I just want to tell you: you were fantastic. Absolutely fantastic. And do you know what? So was I!